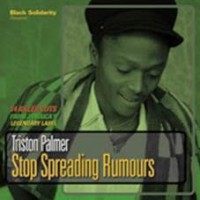 Triston Palmer was born in 1962 and grew up in Waltham Park, Kingston. Triston knew from a very early age that he was destined to become an entertainer and his first visit to an recording studio at the age of 16 was with Ossie Thomas. Their initial release was -A Class Girls-, which was a hit in England and Triston-s subsequent releases on their Black Solidarity label laid the foundation for his rapid rise to dance super stardom. As the -80s progressed and Dancehall began its inexorable rise to ubiquity the popularity of Triston Palmer who had 9 songs in the top forty was unstoppable. So sit back and enjoy this selection of killer tunes.