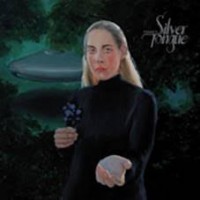 Recorded at O'Deer in Brooklyn, New York, Silver Tongue is a full-scale realization of the world Scott has created over TORRES' last few albums. Even when singing in more subdued tones, Scott's voice is fervent, her lyrics stirring and unyielding as she draws from both the divine and the everyday. The album fastidiously chronicles the impulses that make up desire-from the dreamy first blushes of infatuation through the slightly terrifying wonder that accompanies connection with another. In between, Scott wrestles with the highs and lows of what "being in love" might mean over heady guitars and swirling synths. TORRES' music has long navigated the space between the physical and the metaphysical, and Silver Tongue faces that conflict head-on, examining the ways in which the actions of others can stir up deep-seated feelings and seemingly alter the space in which one exists.

Crushed Beaks
The Other Room