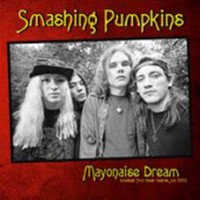 Recorded the day before the release of their 1993 breakout album, Siamese Dream, this magnificent radio broadcast is an acoustic record release party set from the legendary Tower Records in the group's hometown of Chicago. Amid drug addiction, internal band strife, Corgan's nearly crippling depression, claims of selling out, and massive pressure from the record label to become stars, it-s hard to imagine the band could even perform together much less sound this good. A killer live acoustic set that draws mostly from Siamese Dream, but also includes two of the better tracks from their debut Gish, this radio broadcast is a must have for any Pumpkins fan.Track list>1. Intro 2. Rocket 3. Cherub Rock 4. Today 5. Disarm 6. Siva 7. Mayonaise 8. Hummer 9. I Am One (Abandoned)