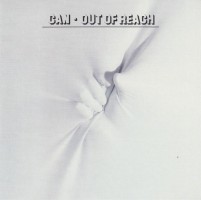 Originally released in 1978, Out of Reach was one of Cans last albums before their official disbandment in 1979. Here original bass player Holger Czukay is replaced by a much more funky Rosko Gee (of Traffic Fame)-who plays a prominent role in shaping the sound of this album, writing and singing on a number of the albums tracks-while drumming duties are shared between Jaki Liebezeit and Reebop Kwaku Baah (also from Traffic), making this one of Cans more groove-heavy releases