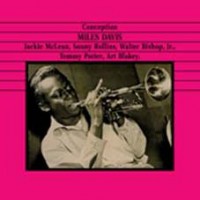 Following the 1949 and 1950 recordings compiled on Birth Of The Cool, which created the sub-genre of cool jazz, Miles Davis had already moved onto the next thing, because that's what an innovator does. By 1951 he was recording hard bop of the highest order on a variety of formats, including 10" and 7". This LP compiles a number of those recordings, and the fact that the entire record was recorded on one day, October 5, 1951, would be surprising if it weren't the one and only Miles Davis. Featuring Art Blakey, Sonny Rollins, Walter Bishop, Jr., Tommy Potter and Jackie McLean in his very first recording session, this is classic '50s Miles Davis.