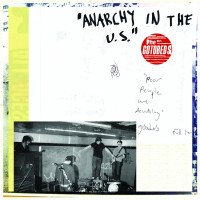 The Gotobeds' members come from Pittsburgh, Penn., a place notorious for keeping great local bands to itself. But the racket these guys kick up on their first album, Poor People Are Revolting, might be too strong for the city to contain. Guitarists Eli Kasan and Tom Payne spent the last few years as part of the local hardcore band Kim Phuc. Joined by bassist Gavin Jensen and drummer Cary Belbeck, they bring that energy to The Gotobeds, a rowdy, ramshackle party house of a band, built on the intersecting bedrock of post-punk and indie rock. On Poor People Are Revolting, there's something crazy going on in every room, the front porch and the backyard, a party that never dies down or seems to stop, even as the neighbors complain and the cops drive past. Working from the spirit and fundamentals of a small handful of influences? the design sense and intellectual rowdiness of The Fall, the constant evolution and masterful poker faces of Wire, from whose drummer these guys borrowed their name, the sturdy, heroic melodic sense and layered tape/loop production of Mission of Burma.