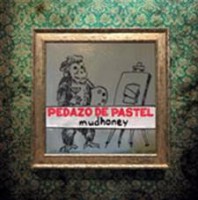 In 1992 Mudhoney left Sub-Pop and signed with Warner Brothers' subsidiary Reprise Records. Having already worked on a batch of songs, we set out to demo what we had. My buddy from high school, Rolf Bertieg, and his friend Jim Collier had set up a studio in the basement of Jim's house in the Wedgwood neighborhood of Seattle, where, armed with a few tunes and several cases of beer we made these recordings. The songs on this record would eventually be re-recorded and released on our album Piece Of Cake, except "Knock It On The Head" which has remained unreleased until now. (Maybe there's a reason for that, but I'll leave it up to the listener to make that judgment). The energy and the vibe of these recordings reflect how we wish the final Piece Of Cake would have sounded. Hope you enjoy this archaeological dig through our past.Dan Peters / MudhoneyTRACKLISTSIDE AA1. Ritzville 03:04A2. Take me there 03:28A3. Living wreck 03:22A4.13th Floor opening 02:21SIDE BB1. Make it now 03:41B2. Knock it on the head 03:59B3. When in Rome 03:51

Mudhoney
Head On The Curb