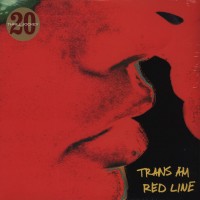 The Red Line doesn't forget Trans Am's sense of humor, as song titles like "Where Do You Want to Fuck Today?"and @Don-t Bundle Me@ prove. The guitar heroics on @Bad Cat@ and "Ragged Agenda's" impersonation of Suicide on speed and steroids reaffirm that the band can rock out in many different ways and still sound focused. At 21 wide-ranging tracks long, The Red Line is one of Trans Am's most impressive albums, but it's not their most immediately accessible one. However, after a few listenings, The Red Line reveals its full scope as an ambitious, diverse work from a group that never stands still.