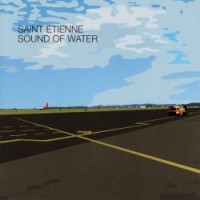 I suspect that Wiggs, Stanley & Cracknell may have been listening to a lot of Brian Wilson before recording 'Water'. With this album, the group sounds like it has harnessed a much more mature, if somewhat melancholy, sound. You just get the feeling that, after Good Humor, the band simply wanted to push the envelope, creatively. I can-t help but feel that if 'Good Humor' had Saint Etienne's patented mix of pop tunes and experimental sounds, rather than being exclusively a pop album, it would have combined a lot of what we are hearing in this album.

Swearin'
Fall Into The Sun