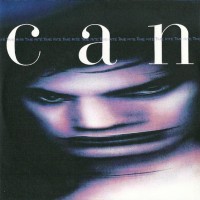 'Rite Time' is a very late entry in the Can catalogue, initially released in 1986 after 'Out of Reach' and 'Can', records that mostly did away with contributions from Holger Czukay. For 'Rite Time', the band were struck with nostalgia and reunited with original vocalist Malcolm Mooney. Consider it Can-s high school reunion, it was released ten years after they recorded their self-titled farewell, 'Can'.