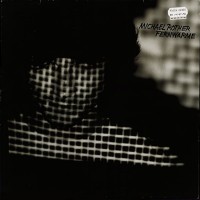 Michael Rother's 1982 LP Fernwärme stands out in the Neu!/Harmonia fellow's catalogue for a couple of reasons - it was the first album Rother recorded without the aid of Conny Plank, and also saw Rother basing his compositions around the drumming of Can's Jaki Liebezeit for the first time in several years. Despite having these new elements in play, the sound of Fernwärme doesn't differ too much from Rother's contemporaneous output. Think Jean-Michel Jarre with a Motorik beat.