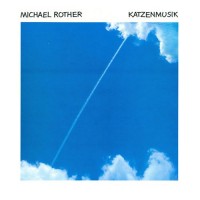 the third solo LP from Michael Rother, is proggy Krautrock par excellence. I mean, you'd expect nothing less from someone who was a founding member of both Neu! and Harmonia, would you_ There are some nice Americana/country influences mixed in here too. Katzenmusik is also notable for being the last record Rother made with long-time collaborator Conny Plank as producer.