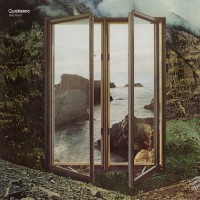 Quicksand emerged from the New York City hardcore scene in the late 80's and featured members of Gorilla Biscuits, Youth of Today and Bold and Beyond. They released their now legendary debut album Slip in 1992, and toured the world. This album would bring the band critical acclaim and would go on to influence the music of such artists as At The Drive/In and Thursday. The band split in 1995 after a second album and members went on to form other bands such as Handsome and Rival Schools. They reunited in 2012 for a special one/night performance which has lead to a string of sold out tour dates across the globe. Interiors is the band's first studio album in 22 years and the anticipation is building. The fans of Quicksand are loyal and patient and this one is worth the wait.

Brutak Knights
Living By Yourself