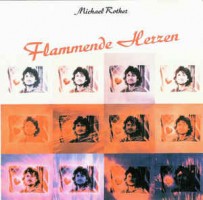 There was great anticipation around the release of Flammende Herzen when it first emerged in 1977. People were eager to see what Michael Rother would get up to after Neu! had disbanded, and the inclusion of Can's Jaki Liebezeit also added to the intrigue. The resulting record didn't disappoint, hitting big with a combination of proggy composition, Krautrock invention and Motorik rhythm.