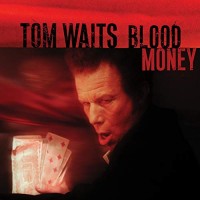 Blood Money was Tom Waits 2002 album which featured songs written for the play Woyzeck. It was originally released simultaneously with the album Alice, another album with songs written for a play. Blood Money contains some of Waits best melodies but as always they come from the dark underbelly of existence.