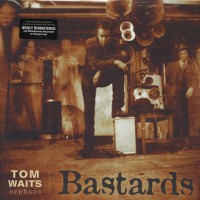 In 2006 the living legend that is Tom Waits released a 56 song triple album named Brawlers, Bawlers and Bastards, featuring all manner of new and rare materials. Now, for the first time, the three albums are being released as separate units! Bastards is the most experimental of the three sets, with Waits weaving plenty of strange stories in his inimitable style.

Girls Names
Don't Let Me In