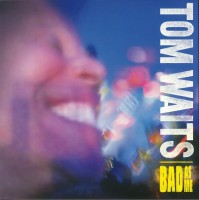 Bad As Me by Tom Waits was his seventeenth album and was released in 2011. It was lauded by critics and fans alike. It brings together all the styles Waits has used throughout his career, from his early, more straight-forward songwriting to his later avant-garde approach. It also features a wide range of guest musicians from Keith Richards and Charlie Musselwhite to Flea and Les Claypool.