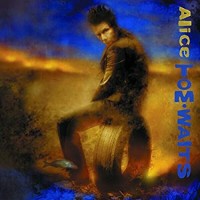 This album has been called Wait's long-lost masterpiece. Originally performed as an opera directed by Robert Wilson for Hamburg-s Thalia Theatre in 1992, but left unrecorded until 2001. The show ran for a year and a half using an unusual orchestra designed by Waits to underpin the songs co-written with his wife Kathleen Brennen. Rather than being directly based on Lewis Carroll's Alice in Wonderland and Through the Looking Glass, the Waits-Brennen Alice takes inspiration from feelings remembered and dreams recalled after reading the books. Released simultaneously with Blood Money.