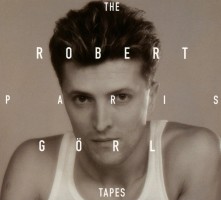 This album contains the cassette of the unfinished songs from Paris, the dramatic, vivid, sometimes noxiously sibilant, yet always tenderly wrought tracks that Robert Görl (DAF) recorded during his most profound life crisis. It turned up years later in a suitcase he had deposited in his brother's barn. They remain musical sketches< Görl says he never felt the desire to make a real album out of them.