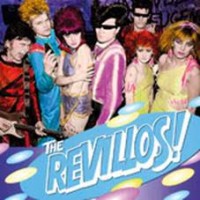 Twenty track CD compilation of rare and unreleased gems from The Revillos! archives including the original versions of their first two singles -Wheres The Boy For Me- and -Motorbike Beat- originally titled -Want Boy, Gimme Gimme- and -Mr Beep Beep- respectively fact fans! This compilation originally came out on Damaged Goods in 1996 and has been unavailable for more than ten years, re/issued along with two new Revillos albums, Compendium Of Weird and Live From the Orient. We-re re/issuing this as a gatefold digipack CD with a great fold/out booklet containing loads of rare photos and extensive Rev/ealing facts from the band too.