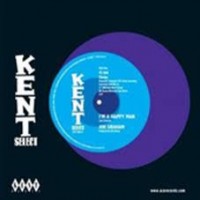 Graham, Joe/bill Brandon
I'm A Happy Man/whatever I Am, I'm Yours

Kent issued 'I'm A Happy Man' in 1999 on a CD of Atlanta producer Bill Haney's Chant label recordings. Graham had one 45 issued on the imprint but, having had great faith in him, Haney recorded him on eight tracks. Graham wrote the pretty, lilting number himself and it has earned many fans since its release, most of whom are keen to own it on a 7" single. It is coupled with Bill Brandon's permanently in/demand modern soul classic 'Whatever I Am, I'm Yours'.

Pied Piper Players/ The Cavaliers
The Bari Sax/ We Got Together

Excitements, The
*keep It To Yourself B/w Give It Back