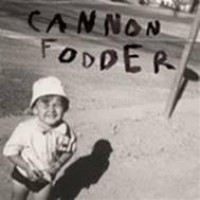 Cannon Fodder is a power trio lead by Chris Martini (from Head On). Swamp rock in the vein of Spencer P. Jones and the Beasts of Bourbon, blues rock under the influence of Memphis Greg Cartwright. Cannon Fodder is a V12 made in Le Mans Motor City, a nervous and powerful engine which stuck listeners to their sit from the first song to the end of the album!

Joanna Gruesome
Pretty Fucking Sick (of It All)