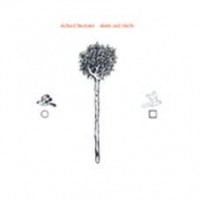 Dents and Shells is the first LP that Richard Buckner made for Merge Records, in 2004. By the time the album was recorded in Austin, TX and Tucson, AZ, with the help of Butthole Surfers- drummer King Coffey and other Austin locals, he'd been a touring musician and released over a half dozen records. With no fixed home base a decade deep into his career, he was still a roamer. Dents and Shells features some of Buckner-s most beautifully plaintive songs, like "Her" and "Fuse". Whether full-band arrangement or stripped down, the mood of both is much the same as the singer seems to be pining for something elusive. Listening to these songs today is like flipping through a poet's notebook, encountering words and ideas, raw and immediate. As Buckner puts it in the song "Invitation" sometimes the best way for a person to answer the question of another day is to dig through the scraps and "put the bones to use". Dents and Shells captures an artist with many miles behind him, but no loss of wanderlust.