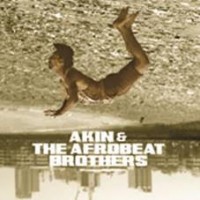 This single is the debut vinyl by the Asturian (Spain) band Akin & The Afrobeat Brothers.Akin & The Afrobeat Brothers is led by Nigerian musician Samuel Akinola Ogunmola and band members are Boris Abreu, Antonio Izquierdo, Alejandro Alvarez, Luís García and Luís Fuente, who give body to this project where afrobeat serves as a weapon to denounce the problems that suffers the environment or social differences. "Boomerang" and "Help Monkeys" are two themes that show the original spirit of afrobeat, directly influenced by Fela Kuti but adapted to the social issues of this moment.TRACKLISTSIDE A: BOOMERANGSIDE B: HELP MONKEYS