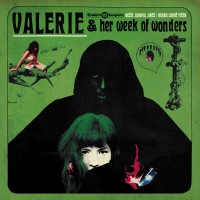 Back in stock!!The rare soundtrack to the spellbinding 1970 Czech film Valerie And Her Week Of Wonders, composed by LUBOS FISER. For his fifteenth commission, Fiser renders the magnificent, gossamer-fragile score of pastoral-orchestral folk songs, hallucinogenic soundscapes and clockwork harpsichords which would unconsciously mirror the burgeoning acid-folk movement throughout Western Europe. Bands like Espers, Circulus and Broadcast have all cited the soundtrack as an influence. Includes liner notes by ANDY VOTEL and TRISH KEENAN (Broadcast).