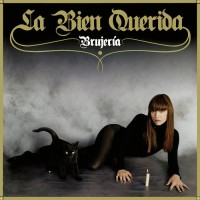 After have made that trilogy that was "Premeditación, Nocturnidad Y Alevosía", and her last album, "Fuego", it should not come as a surprise that the sixth album of Ana Fernández-Villaverde's career is called "Brujería". But the game of mirrors is radical. Because, "Brujería" is probably the most open and direct about emotions, where the songs touch tangentially on the mystery to dive in more deeply lyrically and epically. It is an album about love, brutal and raw, without metaphors, as is her style. Darkness and light, and each song leads unequivocally into the next.TRACKLIST01. Intro: Hechizo Protector 02. La Verdad 03. Te Quiero 04. Déjame Entrar 05. Qué? 06. Miedo07. Me Envenenas 08. Nubes Negras 09. Domingo Escarlata 10. Morderte 11. La Fuerza