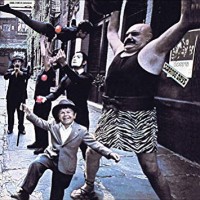 Many of the songs on Strange Days had been written around the same time as the ones that appeared on The Doors, and with hindsight one has the sense that the best of the batch had already been cherry picked for the debut album. For that reason, the band's second effort isn't as consistently stunning as their debut, though overall it's a very successful continuation of the themes of their classic album. Besides the hit "Strange Days," highlights included the funky "Moonlight Drive," the eerie "You're Lost Little Girl," and the jerkily rhythmic "Love Me Two Times," which gave the band a small chart single. "My Eyes Have Seen You" and "I Can't See Your Face in My Mind" are minor but pleasing entries in the group's repertoire that share a subdued Eastern psychedelic air. The 11-minute "When the Music's Over" would often be featured as a live showstopper, yet it also illustrated their tendency to occasionally slip into drawn-out bombast.

Cavanagh, John
The Piper At The Gates Of Dawn