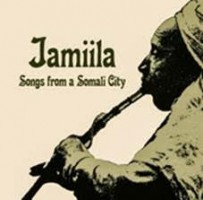 As you'd expect from its position and history, the eastern African nation of Somalia is rich in cultural influences. Wrapped part way around Ethiopia, it forms the sea coast of the Horn of Africa. Kenya borders it to the south, and its north coast faces the southern shore of the Arabian peninsula, only a couple of hundred miles away. Unsurprisingly, given this last fact, Somalia was one of the first African countries converted to Islam, in the 8th and 9th centuries. During the 18th and 19th century, the Somali ports were controlled by Arabs and by the Ottoman Empire. During the European colonial period, the north was a British, and the south an Italian, colony. Independent Somalia still shows varying effects of these influences (Arabic, English and Italian are all used for teaching). Musically speaking, Somalia forms part of an eastern African Islamic continuum that includes the coast of Kenya and Tanzania as well as Sudan, and is more loosely linked with North and Muslim West Africa. (Kismayu, in the south of Somalia, is in fact the most northerly frontier of the Swahili music called -taarab- or -tarabu-). But like all the other idioms in this general Afro-Islamic nexus, Somalia's music retains a quite individual flavor. The main traditional instrument of Somalia is the -ud-, imported from Egypt or Lebanon and known locally as the -kaban-. Another common instrument is the -taruumbo-, or flute. The one heard on several of these tracks was a homemade, end-blown version cut from a piece of plastic tubing. As is true for the whole of Africa, the standard six-string acoustic guitar has been taken over by Somali musicians and played in a wide range of styles. Small keyboard instruments have also long been a feature of East African coastal music. In the old days, portable harmoniums were popular. These were presumably imported from India, where they are very popular. In Somalia, the market has been captured by Japanese-made organs with built-in rhythm, like the one heard on four tracks here. The music on this album was all recorded in one town, Baraawe (usually called Brava on the maps). Baraawe, which is on the Somali coast about 120 miles south of the capital, Mogadishu, has a population of around 10,000. Like all African towns of any size it is something of a melting pot. The original inhabitants, like the Swahili to their south, are of mixed Arab and Bantu African heritage, and speak a Bantu language called Chimina. Somalis from various other areas, speaking standard Somali and several dialects of it, also live in Baraawe. The musicians heard here play regularly together in various combinations. Like almost all African musicians, they are part-timers. Some are shoemakers. Two are soldiers (Africa has long had an amazing number of fine dance bands made up of police or army personnel). All the pieces they perform on this recording are love songs.

Various
Back From The Grave Vol.8