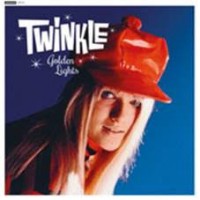 English teen singer Lynn Ripley a.k.a. Twinkle became something of a cult heroine due to her well known mid-'60s single 'Terry', a twisted slice of teen drama pop that will make any Shangri/Las fan drool. Though banned by the (BBC)!, 'Terry' was followed by five more utterly enjoyable singles and an EP (during 1964-66), and all those recordings are now available on a delightful compilation-LP! This edition is limited to 500 copies.