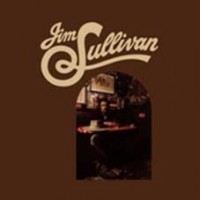 Jim Sullivan's eponymous sophomore LP gets a reissue courtesy of Light In The Attic. Like its predecessor 'UF'O this 1972 joint is a set of psychedelic Americana that coalesces around Sullivan's charismatic, Nick Drake-esque tenor. Originally released on the short-lived Playboy imprint (yes, that Playboy) Jim Sullivan would be the last many heard from the singer - three years later Sullivan disappeared in New Mexico and has not been spotted since. Mastered from the original analog tapes. Comes in a deluxe die-cut Stoughton tip-on jacket with embossed lettering. Includes booklet with liner notes and rare archive photos.