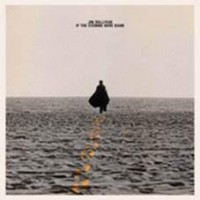 Light In The Attic continue their run of Jim Sullivan releases with 'If The Evening Were Dawn', a previously-unreleased set of tracks taped way back in 1969. Sullivan disappeared in 1975 and has not been found since, so his music will have to do the talking for him. And what music If The Evening Were Dawn is - Sullivan's story gives these wistful countryfied folk songs even greater power than they would have on their own terms.Mastered from the original analog tapes. Comes in a deluxe Stoughton tip-on jacket with debossin