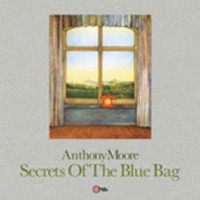 Shortly before forming Slapp Happy (with Peter Blegvad andDagmar Krause), British experimental musician, composer,performer and producer Anthony Moore was part of Berlin'sboiling experimental scene. In that period he cut twointeresting LP's for Polydor, sounding like the missing link between British art-rock and German krautrock! Here's a fine reissue of the second of those albums, originally released by Polydor in 1972. This edition is limited to 500 copies with reproduced artwork.

Message
The Dawn Anew Is Comin