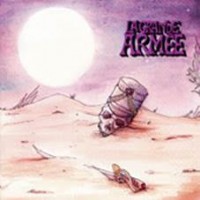 La Grande Armée is an instrumental band that mixes psychedelic stoner and progressive rock inspired by blues and instrumental rock & roll of the 70's, born in November 2017 in the commune of San Pedro de la Paz, VIII region, Republic of Chile. I came across these guys purely by accident earlier this year when their digital EP appeared on a post in a Facebook group i follow. I liked it that much I got in touch with the band and proposed a vinyl version for which they've remixed the EP and added two extra new&live tracks to fill it out. For fans of Blown Out, Carton Melton, Comacozer etc.