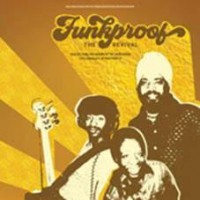 A totally killer Bay Area funk album, recorded in 1972, but unissued at the time, finally sees its first ever release! Funkproof largely revolved -round the talents of producer, composer and musician George Semper, who began his career in the late 1950s as a leader of several R&B/soul groups including The Kingsmen, Imperialites and Chessmen. An insert with liner notes, an obi and a download for additional tracks plus interviews is included

High, Martha & Dj Toner
We Are One