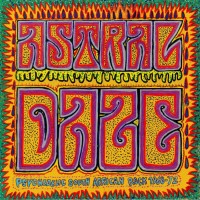 This collection, released by Take It Acid Is, brings together rarities from more known artists such as Abstract Truth, Suck, Otis Waygood, Freedom's Children, John & Philipa Cooper, McCully Workshop and Hawk, as well as lesser known acts like Buzzard, The Fireflies, The Idiots, Tidal Wave, and The Invaders. Although the South African rock movement of the late sixties and early seventies was not a major commercial success, its participants heralded an exciting new age in South African rock and started a movement aimed at changing the musical tastes of fans in a spectacular way.

Various
Some A Holla Some A Bawl Sounds From Kingston