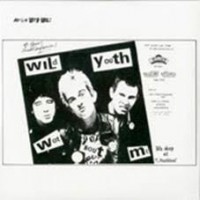 40th Anniversary release. As featured in the acclaimed documentary "Punk in Africa", Wild Youth have had great reviews in recent years and their original recordings are now highly collectable. This is the first time all their studio recordings have been included on one vinyl release. Influenced by bands like the Stooges, Buzzcocks and the Sex Pistols, this music is feral, brash and full of angst. 25 minutes of music, eleven songs in total, playable at 45 rpm, including the 1979 demos, the Six of the Best recordings and both sides of the 'Wot 'Bout Me?' seven-inch. Limited edition of 188 copies.

Stars And Stripes
One Man Army