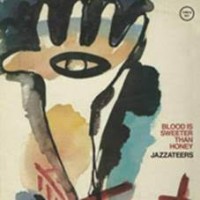 Jazzateers are an indie band from Glasgow whose origins are in the Postcard Records stable along with the likes of Orange Juice and Josef K. Their story is an up and down one, littered with unreleased albums, splits and reformations which meant they never quite made it like they perhaps should have done. 'Blood Is Sweeter Than Honey' is an album they recorded. Things seemed to be on the up, touring with Lloyd Cole and with their single, 'Pressing On', being given the single of the week accolade in the NME. The album it was taken from, 'Blood Is Sweeter Than Honey', was, in true Jazzateers fashion, never released - until now! Maybe now is their time to shine.

Farblos
Nothing Left For Us To See