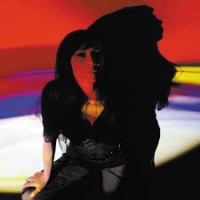 Fabienne Delsol's album 'Four' is a culmination of a year or so's activity at Toerag studios. The big change this time around is the co-production by Fabienne alongside Luke Oldfield, himself a long-time engineer and producer at Toerag. Though swathed in the same toil and tears of her previous three solo albums, 'Four' has a more nuanced and mature sound, rooted in psych whilst retaining some snappy French pop and '60s garage styles of auld. There is also a mass of complimentary instruments, in particular the Mellotron is a welcome and worthy addition to many of the tracks.