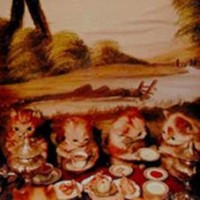 'Low Birth Weight' was the second album by Piano Magic the loose collective that centre upon the orbit of Glen Johnson. Originally released in 1999, Johnson freely admits that the album was hugely influenced by Disco Inferno, that brilliant ahead of their time act who burned out too quickly. Here, Johnson blended the sampledelia of Disco Inferno with the dream pop of the likes of Kitchens of Distinction and as always with Piano Magic is joined by an array of guests and collaborators including Pete Astor (the Loft/the Weather Prophets).

Instruments Of Science & Tecnology
Music From The Films Of R/swift