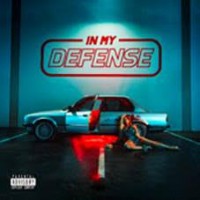 Iggy Azalea is a four time Grammy-nominated and multi-platinum Australian rapper who has become one of the most accomplished artists in history. Her 2014 debut album The New Classic, which debuted at 1 on the Billboard Rap Chart - a first for an international female artist, spawned a US chart topping trifecta of worldwide 1 multi-platinum smash hits> "Fancy" (featuring Charli XCX, 5x/platinum)< "Black Widow" (featuring Rita Ora, 4x platinum)< "Problem" (collaboration with Ariana Grande, 6x/platinum). "Fancy" was the longest leading Hot 100 1 hit by a female rapper in chart history, Billboard's 2014 Song of the Summer, iTunes Best Song of 2014, the year's most-streamed song on Spotify, and the most-watched music video on Vevo. While "Fancy" was still residing at 1 on the Hot 100, "Problem" - Iggy's collab with Ariana Grande - peaked at 2. Iggy had made chart history again, this time as the first artist since the Beatles to rank at 1 and 2 simultaneously with their first two Hot 100 hits. Iggy Azalea's videos have amassed over 2.5 Billion combined views to date.

Iggy Azalea
In My Defense