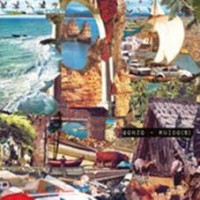 "Ruído(s)" doesn't sound like an intentional one. You won't listen to it on any of the thirteen tracks that scavenge for a solution in the space between ambient music and field recordings. You won't feel it in the intense connection between human and natural sounds and how sometimes everything oscillates in opposite states of mind. You won't even read it in the intense, but subtle, humor present in some of the pieces. You won't, because it's not an intentional goodbye. You only know it is, because you're reading this.