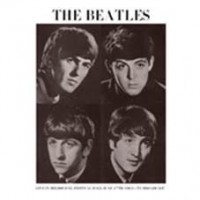 The Melbourne show on June 17th was The Beatles's sixth and final date of their second Australian visit. Another incredible event that showed Beatlemania at one of its highest points- John, Paul, George and Ringo played their "usual" breathtaking set list in front of a wild and screaming crowd and after more than 50 years the whole thing still feels like pure RocknRoll.Tracklist A1 IntroductionA2 I Saw Her Standing ThereA3 You Can't Do ThatA4 All My LovingA5 She Loves YouA6 Till There Was YouA7 Roll Over BeethovenA8 Can't By Me LoveA9 This BoyB1 Twist And ShoutB2 Long Tall Sally