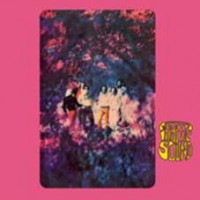 The second Traffic Sound album, released in 1970 after their Latin rock masterpiece "Virgin", deserves to be considered one of the greatest recordings of its time, even internationally, as essential as the most hailed works of Cream, Caravan or Led Zeppelin that served as a bridge for rock music between the 60s and 70s.The band incorporates complex arrangements and long song structures with which they approach psychedelic and prog music. However, the immediacy of songs like esterday's Game', with a fierce and contagious guitar riff, or hicama Way', a terrific anthem, clear any possible doubt about the sound principles of the band: hypnotic, groovy ROCK, in capital letters!The band's music was featured in season 3 of NARCOS.Presented in facsimile tri-fold sleeve and pressed on 180g vinyl.TRACKLISTSide 11. TIBET'S SUZETTES2. THOSE DAYS HAVE GONE3. YESTERDAY'S GAMESide 21. AMERICA2. WHAT YOU NEED AND WHAT YOU WANT3. CHICAMA WAY4. EMPTY