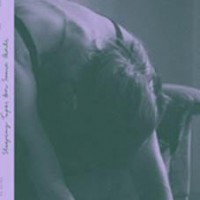 Kruger, Lucy & The Lots Boys
Sleeping Tapes For Some Girls

Lucy Kruger is a singer & songwriter from Cape Town, South Africa who recently moved to Berlin. Her performance focuses on the bare bones of the songs, a slow burning psychedelic folk that is both intimate and ambient. Dreamscapes set against drones allow the stories to drift and dive, fall asleep and come to life. Lucy Kruger & The Lost Boys' first LP ,Summer's Not That Simple" was released in partnership with independent South African label Permanent Record. The album holds a sea of guitars in conversation with almost whispered thoughts. In September this year she will release her second full length album ,Sleeping Tapes for Some Girls" through Unique Records. The new album is made to be a quiet companion for restless evenings. The album was recorded just before Lucy moved from Cape Town to Berlin in May last year. She had been quietly spinning a soft web of songs and wanted to capture the feeling before leaving. The record was made with a very specific listener in mind. For the last few years Lucy has gone to bed listening to the stories and sounds of songwriters that have became close companions, both challenging and nurturing her and eventually gifting her rest. She wanted to give something of the same to those who might need it.