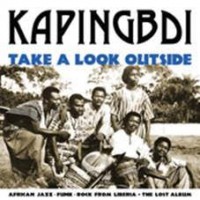 This is the fourth, and until now, unreleased album by Kapingbdi, a six-piece band from West Africa, which billed itself as "African Jazz-Funk-Rock from Liberia". It is a skilful mix of African and Western elements, with a spiritual heart and dynamic grooves. In January 1985 and shortly before the group disbanded, they recorded nine tracks for an aborted LP project at Masterpiece studio in Detroit, U.S.A. In 2019 the music was carefully remastered from the original 24 track master tape. For Kapingbdi, music is not for its own purpose, but serves to carry a message born of the African experience and perspective, intended for all people.

Kapingbdi
Born In The Night