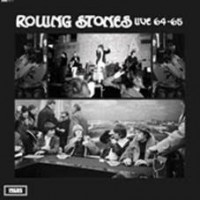 Our third volume of incendiary performances by the Rolling Stones is taken from their appearances on seminal 60's TV shows such as Ready Steady Go, Shindig and the Hollywood Palace Show. We also include their first ever live British TV appearance on the Arthur Haynes show from February 1964. By this stage constant touring had honed the Stones live performances, whilst spending time in the US had increased their repertoire from straight blues to soul and R&B. These sixteen performances illustrate effectively the intensity of a Brian Jones-era live Stones show. In addition to the regular five piece line-up, guests include Billy Preston, James Burton and the 'sixth stone' Ian Stewart. The sleeve reflects this authenticity, carrying contemporary images and full sleeve notes

Rolling Stones
More Live If You Want It! Ep