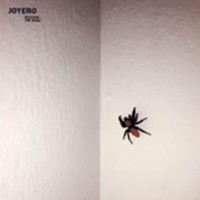 Andy Stack has rightfully earned a reputation as a generous collaborator and musical polymath, both as half of the beloved duo Wye Oak and on the road and in the studio with Lambchop, Helado Negro, and EL VY. As a multi-instrumentalist and producer, Andy has an uncanny ability to construct the precise musical architecture to frame and support unique and compelling voices. With his debut solo record as Joyero, Andy puts his own voice front and center. Written and recorded primarily in Marfa, Texas, during a transitional moment between records, cities, and relationships, Release the Dogs occupies its own liminal space between the natural and the man-made, between the structures we create to keep ourselves safe and the terrifying enormity that exists beyond them. Throughout the record, organic and electronic elements are seamlessly woven together into a single fabric that can be both intimate and explosive.