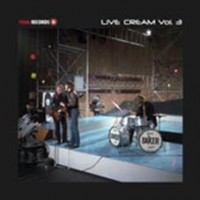 Back in stock! Cream only existed for two and half years, from playing the Twisted Wheel on July 29th 1966 to their very public farewell gig at London's Royal Albert Hall on November 26th 1968. Their work rate was prodigious and in addition to incessant touring they released four LPs, one a double. Many posthumous compilations were released including two volumes of Live Cream, to which this record is a complement. Seven BBC tracks have thus far eluded release, and we are delighted to rectify this on Side One. Side Two features five numbers recorded for French Radio in 1967.