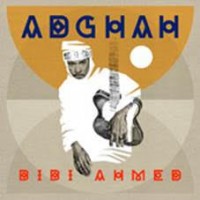 Bibi Ahmed, head and bandleader of Group Inerane, is from Agadez, Niger, which is one of the most volatile, unbridled and dangerous parts of the world. Bibi was soon confronted with the oppression and marginalization of the Tuareg by the national governments of Mali and Niger. Just as early awakened his love for music. As a child, Bibi Ahmed taught himself to play the guitar before receiving his education from the great master and father of the Tuareg blues, Abdallah ag Oumbadougou. Marked by the experiences in the Libyan refugee camps during the Tuareg uprising, Bibi Ahmed and his band Group Inerane gave the rebellion its own musical voice, while at the same time making the rich tradition of Tamachek guitar singing accessible to a new generation of listeners. In February 2019 and in collaboration with Sounds of Subterrania and Lotte Lindenberg Studio, Bibi recorded his first solo album on which he played all of the instruments himself. This reduction opened up a whole new view on this quite extraordinary mix of Tuareg blues, electrified Tamachek folk and psychedelic Sahara rock. The listener literally feels the shimmer of the heat and, once one embarks on the path of listening, the differences between spiritual trance and hypnotic psychedelic blues become indistinct.