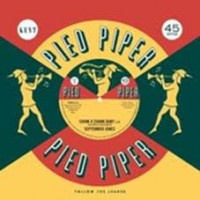 'Chink A Chank Baby', the final September Jones track to be discovered, is the original Detroit recording of a track that Doni Burdick recorded over years later as 'Whatcha Gonna Do' which went big in some rare soul venues but is a shadow of September's exhilarating outing. The flip is the backing track of the Hesitations LP track 'That's What Love Is', a stormer of a record. The music was reused as Eddie Parker's 'I'm Gone' a couple of years later.

Gentry, Art/ Shirly Brown
This Is My Chance/even If The Signs

Eddie And Ernie
Time Waits For No One